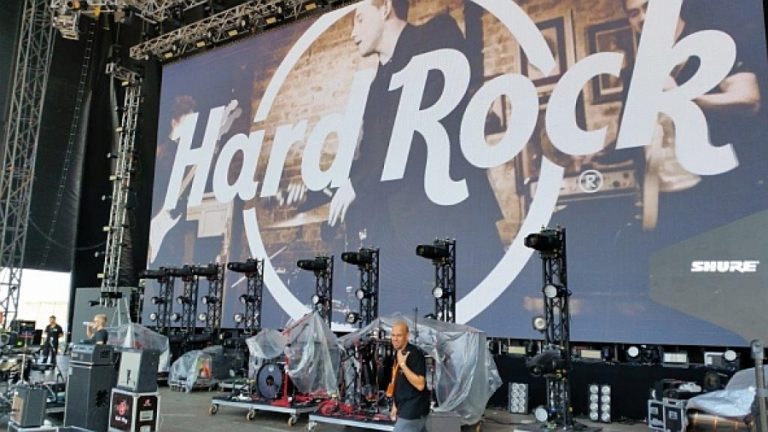 Robbie Williams, Lenny Kravitz and Kings of Leon are just some of the big names who were present at the Hard Rock Rising Beach festival in Barcelona on July 24th and 25th. HD*Ledshine supplied, among other things, a gigantic high definition LED screen of 200m², 20 metres wide by 10 metres high.

Besides Robbie Williams, Lenny Kravitz and Kings of Leon, DJs Steve Angello and Avicii also performed at the Hard Rock Beach Festival in Barcelona, an initiative of the well-known chain Hard Rock Café.

The organisation of the two-day top festival needed a gigantic High Definition LED screen of no less than 200m² in P8 top quality to give the stage design a ‘super touch’.

HDLedshine was hired by Elenco to do the realization of this gigantic screen including full service. HDLedshine also has an office in Dubai, but apparently the dynamic Belgian base is more and more reflected in the most prestigious projects in Europe.